April 8 update : Sanctuary reopening on May 16 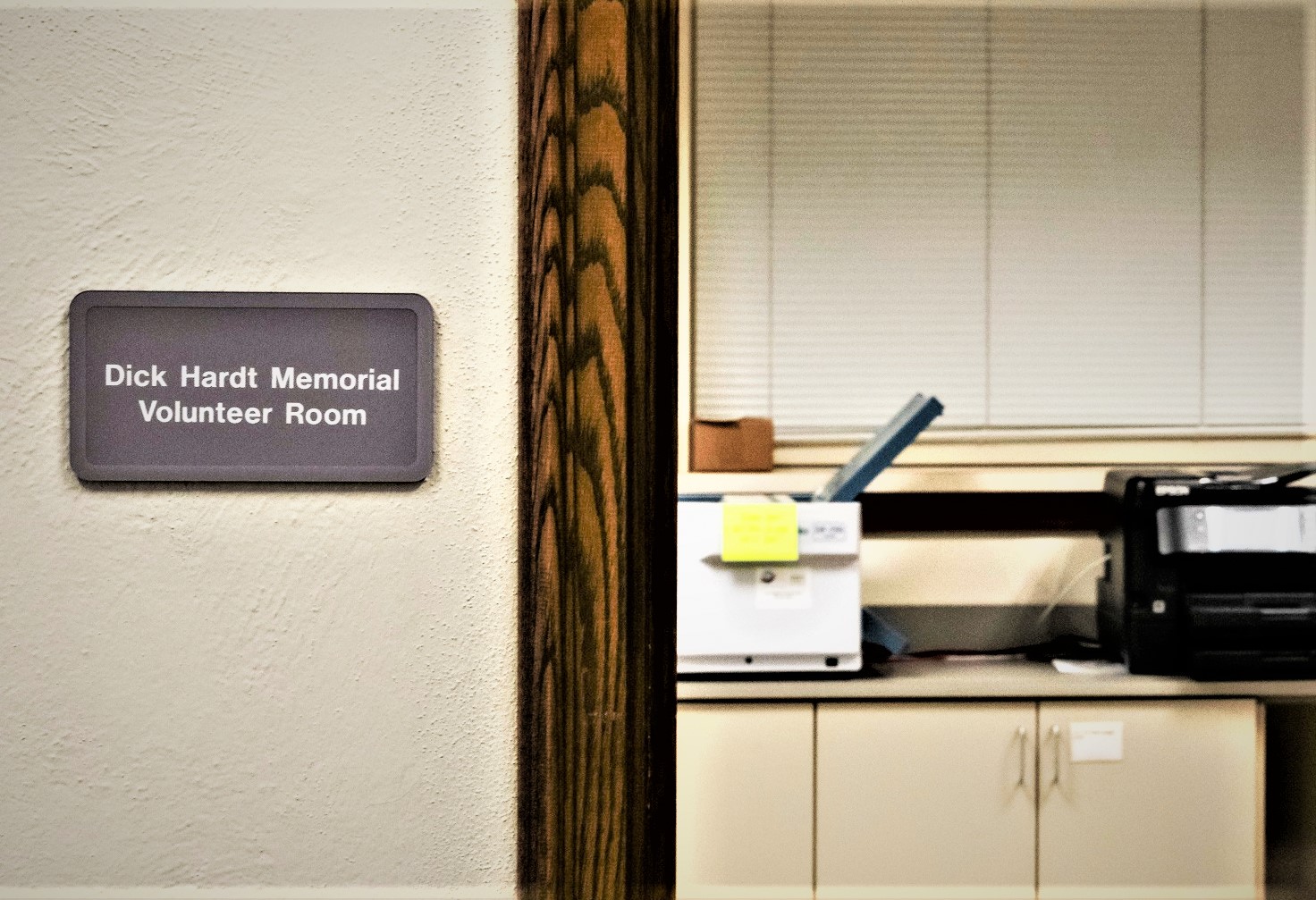 You’ve walked past this plaque many dozens of times on entering the office complex at Wayne Presbyterian!  Now you’ll know why it’s there

At a recent gathering of the men’s Wednesday Bible study group (via Zoom), we were discussing Paul’s hope that his Philippian friends would in those difficult times, “Conduct yourselves in a manner worthy of the gospel of Christ” (Phil 1:27).  Perhaps a bit facetiously, someone asked whether that meant we’d have to stand on street corners and hand out religious tracts.

I reflected later on that question and the range of service to which Christ might call us.  This brought to my mind a very special Wayne Presbyterian member and friend whose life had always personified Christian service for me--Richard “Dick” Hardt.

At some point--let’s say 25 years ago--Dick retired.  That enabled him to devote endless weekdays to helping in the church office.  The quintessential office volunteer, always smiling and cheerful, he would graciously do anything asked of him.  But his forte was duplicating.  Whether it was mimeographed Sunday school materials, printed Sunday worship bulletins, photocopied Session minutes, mission inserts, or church dinner menus, Dick could regularly be found standing patiently at a machine while the requisite number of copies of whatever was being churned out.

Saturday office work, however?  No, absolutely not!  That was the day brother Hardt would hop on the R5 and train down to Center City.  There, rain, snow, or shine, he stood on a busy corner near City Hall and passed out Christian literature.  I can’t recall whose leaflets they were, but the purpose was crystal clear--to introduce a lost soul to his Savior, Jesus Christ.

How treasured was his service to Wayne Presbyterian?   Well, when they remodeled the office a number of years ago, the administrative team thought there could be no better tribute to Dick than to name the work room after him!  You’ll find the plaque affixed to the wall to the left of the doorway honoring Dick Hardt’s steadfast commitment to doing whatever needed doing!

Back to Our Stories